Had a spontaneous photo shoot the other day.  We were lying in the grass and enjoying the sunshine, and I had only my phone to take these pics.  I hope you feel the warmth. 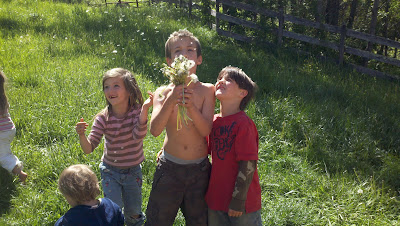 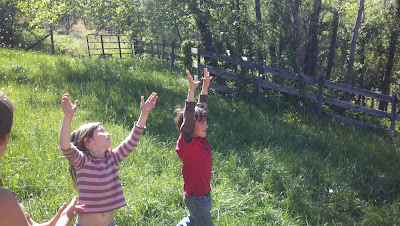 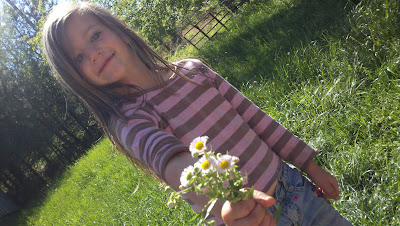 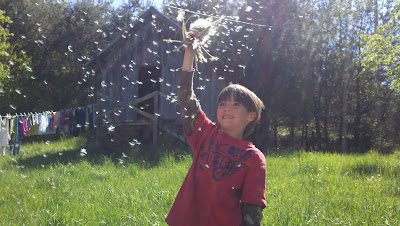 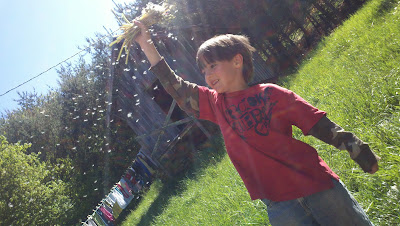 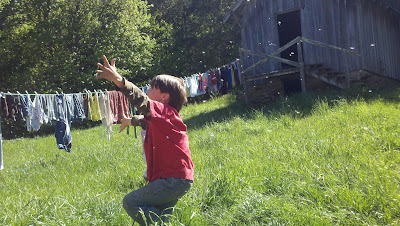 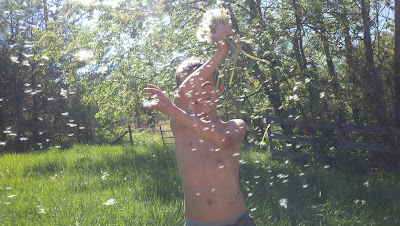 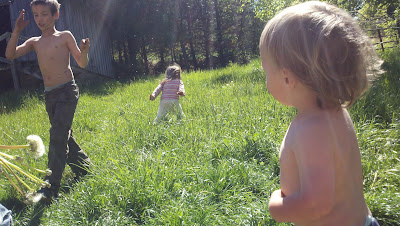 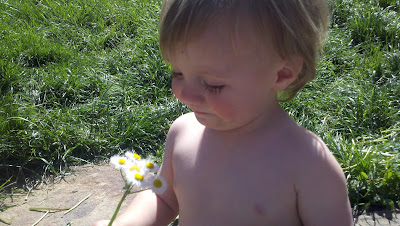 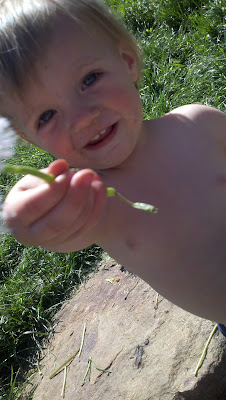 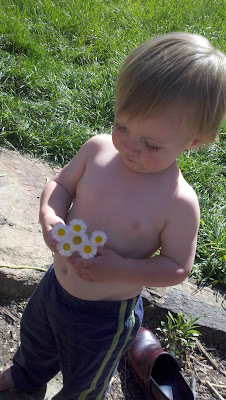 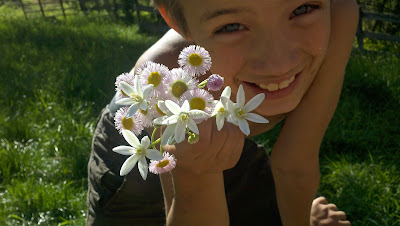 I am one blessed mother, am I not?  A happy Mother's Day to all you mamas and mamas at heart out there.  Grace and peace to you.
Posted by katiew at 10:12 PM 1 comment:

So, I really have been knitting alot lately.  As in actual knitting.  Me.  And I am so excited about it.  I  love to relax and knit in the evenings when the kids are down.  As in, sleeping.  I want to share a few of the things that I have been working on, mainly so you believe me.


The baby bib.  Don't worry, it's meant for a gift and not for personal use.  :)  This pattern is from Mason Dixon Knitting.  A hilarious, fun book with stories and patterns.
So, my next "big"  project was a scarf.  My knitting mentor (KM, as I'll refer to her), or so she has become whether she likes it or not, has been so wonderful to give me the patterns, help me choose the right yarns, etc...  And she also makes herself available basically anytime for my "issues".  I might stalk her a little bit.   I love it when I bring her a mistake (which has only happened like 2...or 50 times) and she just smiles and says, "Hey!  OK!  Wow!  Well!  So....I'm just trying to see what you actually did here."  :)  She does nothing to let on that she wonders how I could be making up brand new mistakes in an ancient craft.   She is just so sweet.  And patient.  Anyway, here is my first scarf.  This is a beautiful, soft wool and this was a great exercise in knitting and purling. 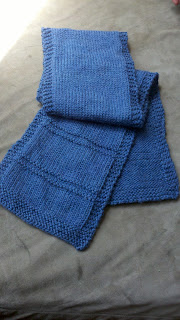 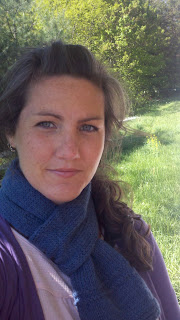 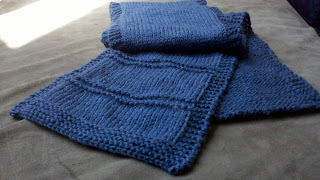 My next project was a hat.  This would be my first time using circular needles, or "knitting in the round".  This hat called for the use of the circulars, and then switching to four double pointed needles.  If all that lingo makes me sound professional and expert and all that...good.  :)  I'm not, but I don't mind being perceived that way.  So, this hat was going to be for the husband.  He is a big hat wearer, for about 5 months out of the year.  Also a lover of all things wool. 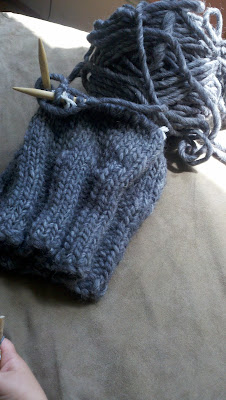 When I told him I was making him a hat, he was a little hesitant.

Something like, "Um, maybe you should make one for yourself first."  (So sweet of him to put me first.)  "But, no", I said, "this one is for you.  And you will love it."  So, when I showed him the hat at this point here, he was truly in shock.  After a moment of stunned silence, he said something like," Wow!  It's like a real hat!  I kind of thought it would be flimsy or holey, but it's awesome!  How did you do that? My expectations are exceeded!"

To which I probably responded with something like, " Yes, honey.  It's real.  I really wanted to do a fake one, and even though holes are very tempting, I just thought I'd stick with a real, actual hat.  And it sounds like your faith in my abilities...astounding!"  (We are never sarcastic). 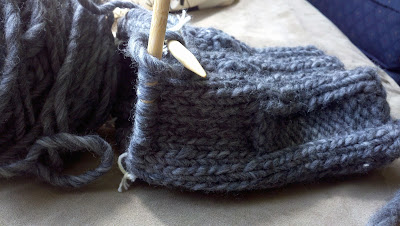 So, I finished!  In time for this post.  Here is the final product.  I was hoping to get a shot of it on my husband's handsome head, but that may have to come later. He loves it even more, now that it's done.
Now, I'm working on my own.  I had enough of this great yarn left to start my own, and I'm using a great red to finish it out.  If I could just get myself to bang out more than one blog a month, I'll post the picture.  (How do people do this every single day?  They're probably the same people who shower every day and sweep the floors every day, and all that jazz.)
Friends and fellow knitters, on a more serious note, please read and pass along the following.  I recently saw this link on a blog I follow.
Knit for Japan!
These wonderful human beings are collecting knit hats for Japan.  The deadline is in July, I believe, and the address is listed.  Let's remember the people who press on there, long after their plight has faded from the mass media.  All sizes welcome.  Socks and scarves, too.
peace
Posted by katiew at 8:28 PM 1 comment:

katiew
I am married to Blair (since 12/01) and we have five children, ages 8, 7, 5, 3, and 1. I homeschool my kids and am fortunate to spend my days with them. We live on a farm (Five Penny Farm). We are trying to live as self-sustainably as possible. We take small steps all the time. We live simply, and are grateful for all we've been blessed with.